Finally the film is online

Finally after a very successful year on the festival circuit. The ATA is moving away from home ready to live its own life on the web. Be good to it...

Greetings from Zinebi in Bilbao

So many things has happened since the last entry: a TON of festivals and screenings (see sidebar) and some more exciting creative things in the pipeline.

Scott Benson started a new collaboration called Late Night Work Club, with some stellar indie animators from around the world. It is the cool baby brother of the ATA and definitely worth paying attention to. So go to the website, sign up for it and wait in excitement... It looks amazing!


On a side note; this came in the mail with greetings from Zinebi film festival in Bilbao... 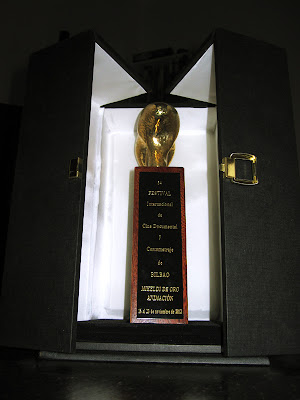 The Animation Tag Attack takes second prize at The VII International Festival of Contemporary Animation and Media Art LINOLEUM. It was an honor just to be shown at the Solyanka State Gallery, but this REALLY tops it of. We are SO honored!

Party at my place next Saturday! 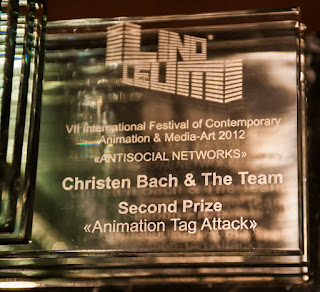 The Trailer for the ATA is online...
Indsendt af Christen kl. 01.27 Ingen kommentarer: 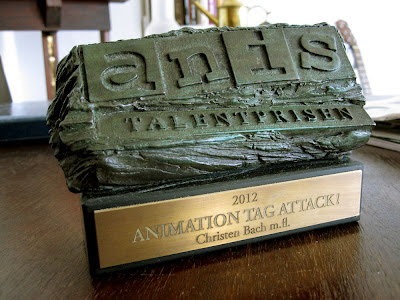 Last night I had a dream that I was in Annecy and I was partying REALLY hard. And at some point I stole a Porsche and took it out into the mountains to drive some badass off road. And the next day it dawned on me: FUCK I missed the ATA world premiere!!!
If you dont want that to happen to you, you should come rock the cinemas with us at Annecy International Animation Film Festival 2012. Itll be our world premiere. Finished in HD on DCP with a glorious 5.1 soundtrack mixed and made by the amazing Shaun Farley... It looks AWESOME on the big screen...

And earlier this morning I just received word from Odense International Film Festival that we are selected for this years competition. It'll be in Odense, Denmark from 20. – 25. of August 2012. 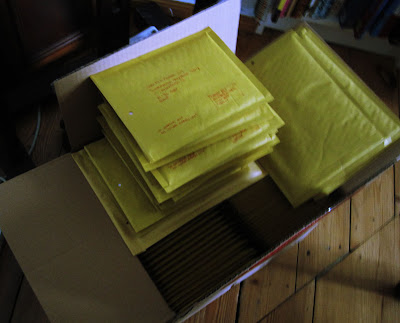